Followed by many, program includes on the menu foods with high fat and zero carbohydrates

São Paulo – Considered the diet of the time, much has been said about the ketogenic diet, which ensures rapid weight loss and on the menu foods with high fat content – usually avoided in types of food programs – and the almost total carbohydrate .

To demystify a few facts, however, involving the ketogenic diet, Rodrigo Polesso, founder of the Emagrecer de Vez Code with Optimized Nutrition for Health and Wellness at the State University of San Diego, listed some myths and truths about the diet famous of the moment. Check below:

1 – The carbohydrate needs to be cut totally

Myth – According to Polesso, the Ketogenic diet is not necessarily characterized by the total absence of carbohydrates, even though this is almost impossible to achieve (even with the consumption of only meats), but rather it is characterized by the very low intake of them.

“The carbohydrate intake in this diet is between 20 to 30 grams per day. In addition, the program is characterized by the production of ketone bodies by the body to be used as energy rather than strong reliance on glucose as fuel. This only happens when the consumption of carbohydrates is greatly reduced, “says the expert.

According to Polesso, carbohydrates of this type of diet are usually consumed in the form of leaves and vegetables of low glycemic index , such as broccoli, cabbage, zucchini and peppers

Truth – The correct ketogenic diet is based on a strong diet, that is, the consumption of real, nutritious and unprocessed, refined or modified foods. In other words, the bread, vegetable oils, pasta, farinaceous, sugars and enter the meats, fish, seafood, nuts, eggs and other types of natural fats.

According to Polesso, a major benefit of this type of diet is the accelerated burning of body fat, since the hormone insulin tends to return to normal functioning with low exaggerated levels of glucose. With lower insulin, fat burning will be promoted.

Truth – The ketogenic diet is a diet high in natural fats – typically with 70% or more of the calories coming from this type of fat. The natural consumption of proteins, regardless of diet type, is stable in the range of 18% to 23% of the calories ingested. That is, it is very difficult to exaggerate in proteins.

“A diet high in protein would tend not to work as a ketogenic, because the body transforms the excess of proteins into carbohydrates internally, which ends up harming the production of ketone bodies, which is what defines this diet,” says the expert.

Myth – There are essential fats and essential amino acids, but there are no essential carbohydrates. According to Polesso, even if we theoretically managed to eat zero carbohydrates, the body has the ability to create the necessary amount of them through processes such as gluconeogenesis.

5 – An adaptation period is required

Truth – Most people come from decades of bad habits and an overeating carbohydrate eating style. When you decide to start a diet such as ketogenic, you need to keep in mind that your body, hormones and metabolism will need some time to adjust.

“Typically the initial adaptation period lasts about two weeks. Athletes can take up to a few months. That is, if the diet is started and you do not feel energetic and well-disposed, keep in mind that your body needs time to reorganize itself according to this new lifestyle, “he explains.

6 – With the diet, the body starts to burn more fat

Truth – As the ketogenic diet prioritizes fat consumption and greatly reduces the consumption of carbohydrates, the body begins to prioritize metabolic systems for use of body fat as fuel and no longer rely solely on carbohydrates.

The fat burned as energy is in the form of ketone bodies, which become the new high-octane fuel for both body tissues and the brain, which can consume up to two-thirds of your energy requirement for ketone bodies.

According to Polesso, with the adaptation to a ketogenic diet, the person will tend to have a more efficient energy use, less fluctuations of hunger and gluttony and more stability and mental clarity.

WordPress.com is excited to announce our newest offering: a course just for beginning bloggers where you’ll learn everything you need to know about blogging from the most trusted experts in the industry. We have helped millions of blogs get up and running, we know what works, and we want you to to know everything we know. This course provides all the fundamental skills and inspiration you need to get your blog started, an interactive community forum, and content updated annually.

I wore these Sweat Sauna Weight Loss Neoprene Tights this morning to the gym.

First off I did a full hour of Zumba, and then I stepped onto the Bosu, that was upside down, and bounced on it, while lifting 5lb, and 10 lb. weights.  I didn’t notice that I was sweating, as I have been working out a couple of hours a day, for 5 years now.

However when I got home, from my waist down, I was sweating.  This never happens to me, as I am always cold.  Well, it does happen when I am boxing, but never any other exercise.  So I can certainly say that they work really well.

The material is 2 mm. Sweat Tech elastic neoprene, and this is what they say about it on the Amazon webpage:

‘[STYLISH LOOK]: This Anti-cellulite body shaper pants is designed based on body shape with elastic waistband…

This is exactly the best info so far this month

Retired? No one told me!

Welcome to 2019  how was your Christmas and New Year? Did you enjoy your Mince Pies and Sausage rolls I certainly did…

I was pleasantly surprised when I plucked up the courage to check out the damage of all that lovely festive fare it wasn’t as bad as it could have been.

How did you do?

As you know I don’t believe in diets or fads or fashion foods…What is that about?  Most diets fail because they are so far removed from our normal eating patterns and often we are eating something not as nice as we have cooked for the rest of the family and we feel deprived…

We need a balanced diet, A healthy diet and yes there are some foods that are better for us that contain antioxidants or more fibre, more of certain vitamins but it needs to be balanced it will do no good to… 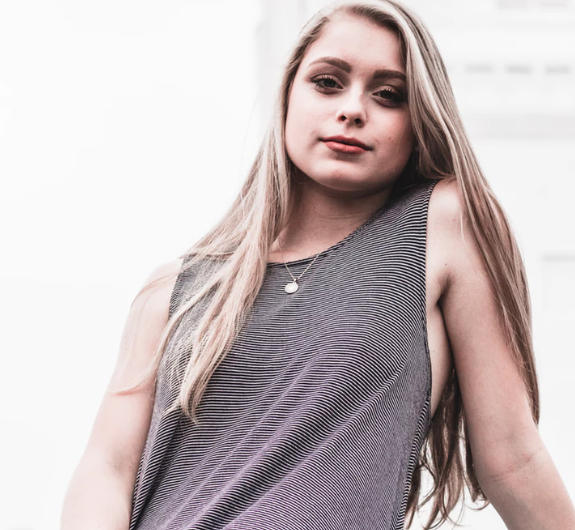 A ketogenic diet can positively affect the functioning of our body. Sometimes, however, it can be the opposite. Check if this type of diet is for you. We have prepared a menu, rules and proportions to be followed.

The ketogenic diet , which is also called ketogenic , mainly involves limiting carbohydrates and increasing fat intake. It can be used not only in slimming, but also in the treatment of epilepsy in children. In adults, it can be used to treat diabetes and hypertension. It is also considered adjuvant therapy for ketogenic diet in autism, Alzheimer’s disease , Parkinson’s disease .

The main assumption of the ketogenic diet is to eliminate carbohydrates from the diet and replace them with fats. The diet should be implemented only under the supervision of a doctor and a dietitian.

The main assumption of the ketogenic diet is to eliminate carbohydrates from the diet and replace them with fats. The diet should be implemented only under the supervision of a doctor and a dietitian.

The menu should be consulted with a dietitian, because it may harm us if not properly selected, rather than help.

Below you can find examples of the following:

Breakfast: Scrambled eggs with two eggs on bacon with dill and tomatoes.

Ketogenic diet what to eat?

The ketogenic diet is not about eating any products that are a good source of fats. The quality of lipids obtained from food also matters. Therefore, it is recommended to eat primarily vegetable oils, butter or mayonnaise.

If you have already decided to start a ketogenic diet, you have to stick to a few important rules, here are some of them:

Does the ketogenic diet help in the fight against cancer?

Some people believe that in addition to combating obesity, the ketogenic diet helps to fight cancer. Specialists in the field of cancer research, however, have no research to confirm these assumptions. Switching to a ketogenic diet during the course of the disease may result in serious complications in the body.

During a ketogenic diet, the body does not draw energy from carbohydrates, but from its own fats and protein. Thanks to this, obese people decide to get rid of unnecessary kilograms. Ketone bodies also suppress the feeling of hunger.

Does the ketogenic diet have side effects?

When using a ketogenic diet, side effects may (but do not have to) occur. At the very beginning, the patient may complain of constipation or diarrhea. Adverse reactions that may occur when the body is not used to this type of diet are drowsiness, loss of appetite or fatigue.